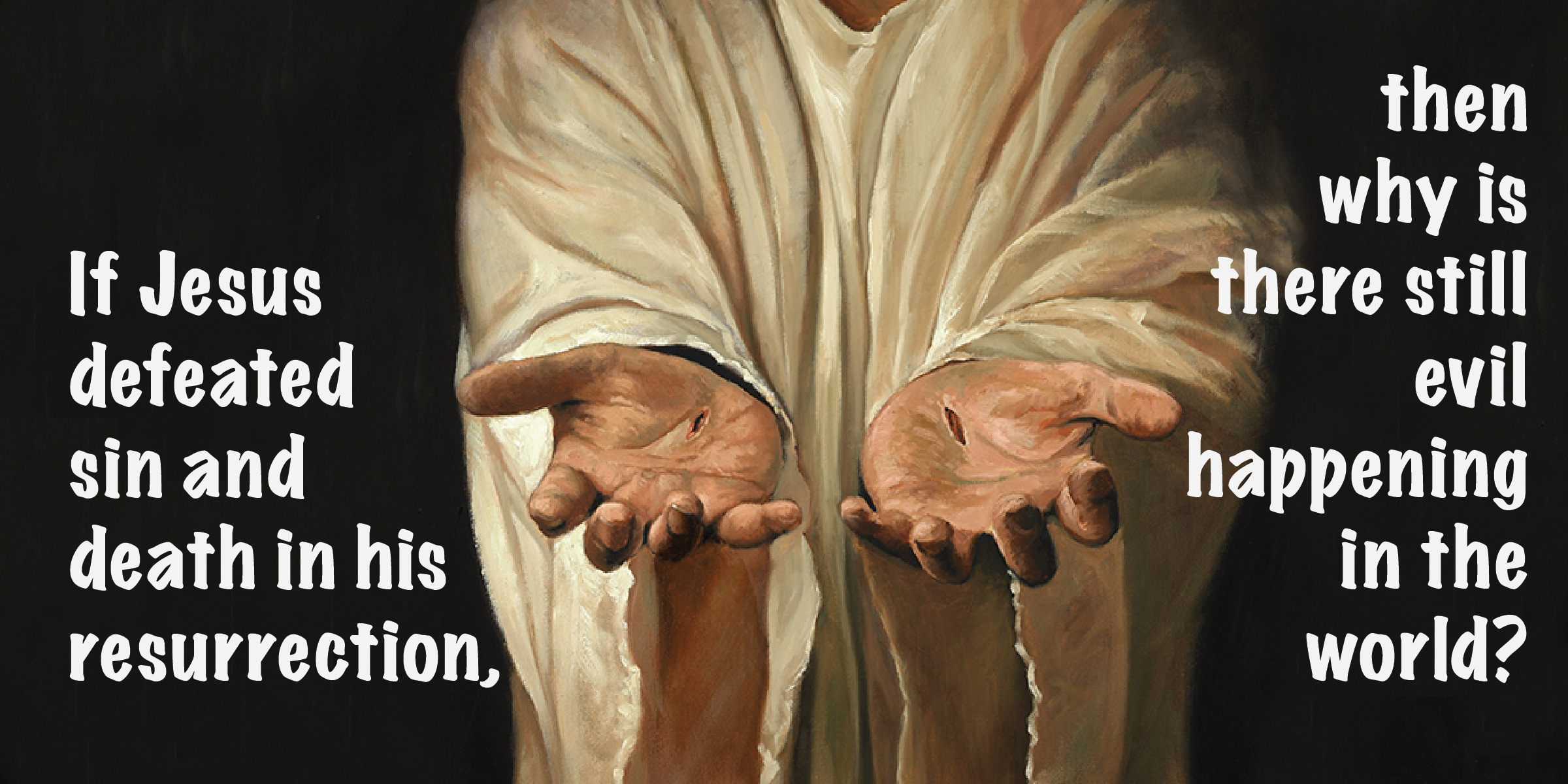 If God came in Jesus into the world to turn it right side up, defeated sin and death on the cross, and if the Spirit of God is alive and active in the world, then why is there still so much evil happening all the time? This is a question we ask ourselves today, and one that followers of the Way of Jesus asked when John wrote this pastoral letter 1,900 years ago.

Chapters 12 to 14 of Revelation tell a surrealistic drama, Hollywood-like in its exaggeration of the eschatological battle between the forces of God and the force of evil. Its impact comes not from analyzing it but by hearing it read or reading it, with imagination and insight. This can be facilitated, but not replaced, by understanding something of the section’s literary context and structure, the cultural context of the mythological pictures contained in it, and by a discussion of the characters and action of the drama that unfolds in it.

The word myth has become associated with falsity or “fake news” in our culture. Yet the word means a story that is told and retold to make sense of something else by explaining it or by giving it meaning. Today’s scripture is mythical in the sense that it’s aiming to explain how there continues to be evil and hardship in the world even after the definitive victory of God in the resurrection of Jesus the Christ. John uses many other ancient cultural and religious myths of the Roman Empire, ancient Mesopotamia and Greek culture to do just that. The dragon, Leviathan and Behemoth were often-used personifications of evil, chaos, the power opposed to the Divine plan. John paints a marvel-universe-like eschatological battle opera between these beasts and God seated with the Lamb. In fact the former parody the later. (Compare Revelation 4-5 with 12-14). Systemic evil is incarnate in the ways of the world, the requirements of empire and the assumptions of our society. Our battle is against the powers that we don’t see.

We have to read the text seriously, but not literally. If not, then we the deeper literary and cultural intersections and multi-layered narratives with which John intended to encourage those facing persecution and hardship in the Roman Empire. As the practice of Emperor Worship solidified as the main political and cultural unifying practice Christians faced a tough choice. If they didn’t participate in such rituals at a guild or union meeting, or public holidays they were considered unpatriotic enemies of the state. But in doing so weren’t they rejecting their faith? Cheapening the grace of Christ?