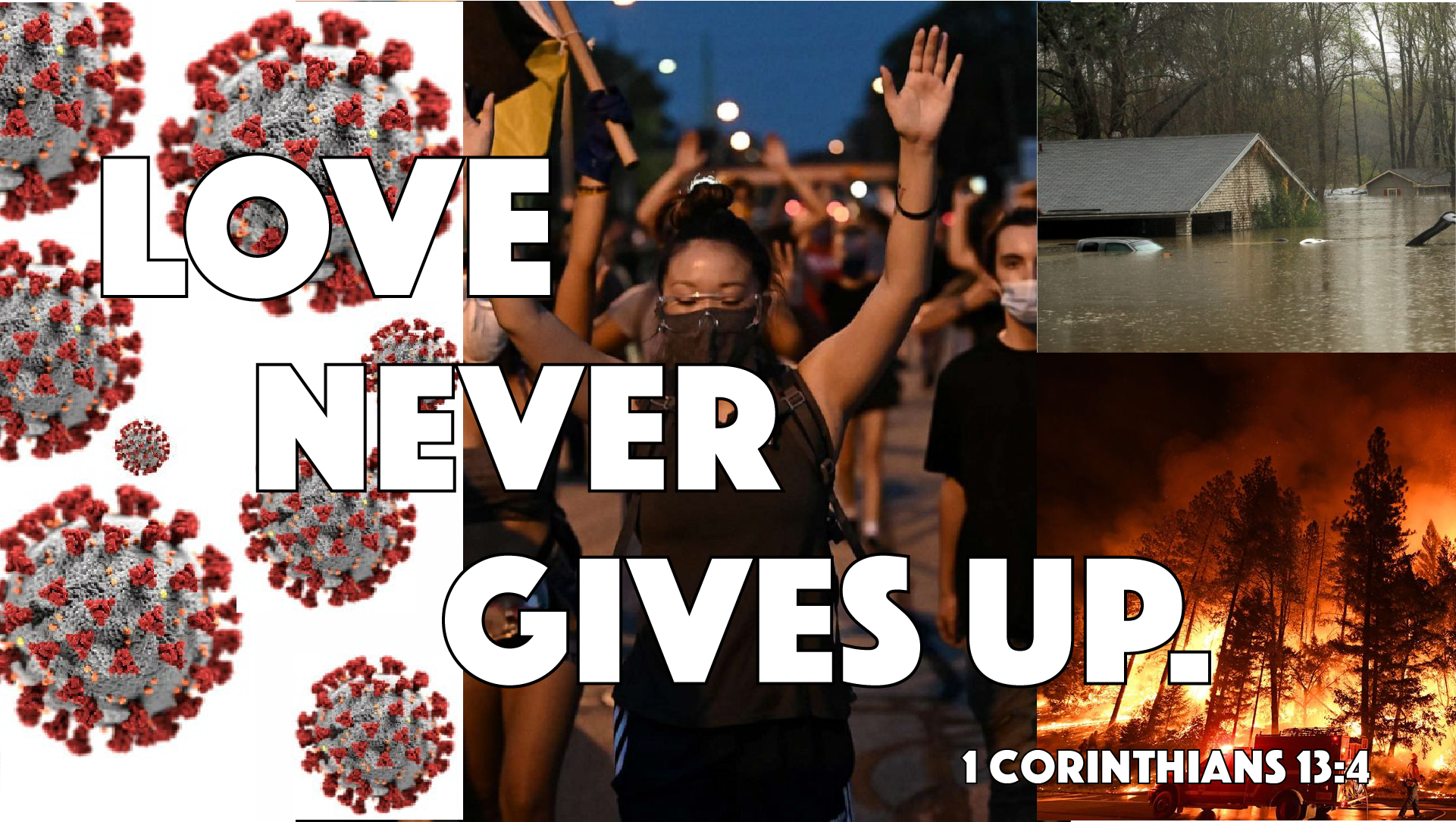 It feels a bit like living these days is trying to survive the onslaughts of challenges, chaos and hard news: natural disasters, political division, societal reckoning, from our own making, social injustice, and economic disruption. Let alone personal tragedy and loss. Who and what can overcome it, let alone bear it? The apostle Paul says love is the only answer. But not just any love.

In the ancient world, in which the people of Corinth lived, there were three primary ways to see the world: The Cynics said that you cannot escape your pre-determined fate. We’re doomed to destiny, so don’t fight it, just grin and bear it. The Epicureans thought that life is a mess, filled with pain, so make the most of it, carpe diem! The Platonists (after Plato) believed that this world is merely a shadow of the real world that we don’t see. What happens to us doesn’t really matter in the scheme of things. So in the Roman world you either tolerated life without loving it, loved yourself through the suffering, or you loved a future world to which you might escape. How we lived and loved today didn’t really change things.

Paul writes to remind the Corinthians church that in Christ we’re called not just to a different world view, but a different way of being and living in the world. We are called to see and live into the vision that God is redeeming the world in Jesus the Christ, healing the hurt, making whole the broken, resurrecting the spaces where death seems to reign.

Just like any group of people act when they’re together, the Corinthian church was a community in which there was jockeying for preeminence. Some members asserting themselves at the same time putting other down. Each one claiming that what he or she had was better than what the others had. On top of this normal human relational messiness, they also wrestled with the classism, elitism, poverty, slavery and injustice that characterized their Roman society.

The church, Paul argued, is the place where we find ourselves accepted for who we are, free to be what God has created us to be. We’re not competitors; we’re a community. We’re not tolerating what’s happening in the world, or avoiding it to look to another future. It’s in the church that all the distinctions that we’re used to diving us are dissolved. It’s as the church that we live into the world that God is creating and redeeming – first and foundational in how we live in community.

Paul uses the image of the body to explain our relation to one another. We’re all parts of the body of Christ (chapter 12). That means there’s simply nothing in the body that is trivial or unimportant. In that equality and interdependence, Paul lifts up one way as the ideal, or best way: the way of love – the love that we see, experience in Christ: a love into which we are being transformed by faith.

A large portion of this text is a redaction of the introduction to 1 Corinthians by Eugene Peterson in The Message Bible edition.