Blogging Towards Sundays in the Fall – Living in Exile 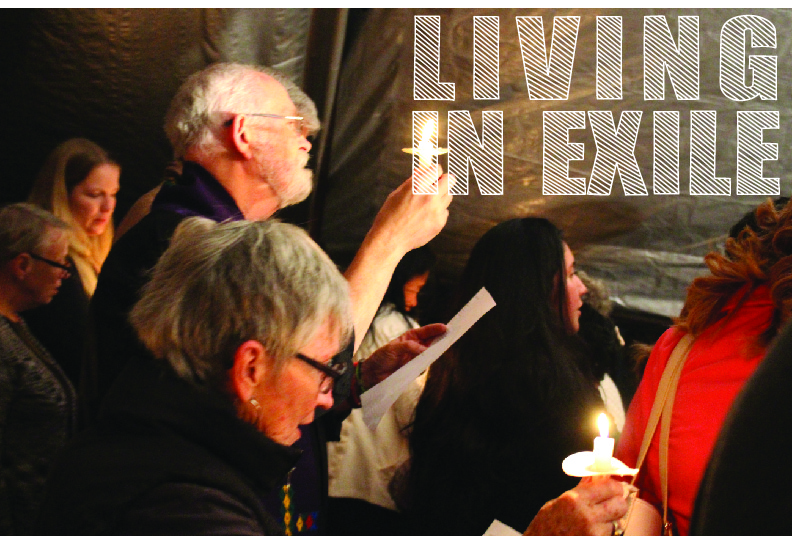 This Sunday we’re beginning our Fall Series on Exile & Diaspora at @CAPCOakland. Those are the terms that we give to the great change that underwent the nation, people and faith of ancient Israel when the Northern Kingdom was defeated and destroyed by Assyria in 722 BCE and later the Southern Kingdom (Judah) was defeated and deported (exiled) to Babylon in 587 BCE. In their defeat, the people lost three major symbols of God’s faithfulness and love: their land, their king and the Jerusalem Temple. If the things that God had given them as signs of his covenant with them were gone, did that mean that the covenant was over? That they were no longer God’s chosen people? Had God abandoned them?

This time could have let to great despair in the fear that God had abandoned them. And while it did, and that suffering has to be taken seriously, it also was the impetus that inspired the most creative literature and daring theological articulations in the First Testament. The core of Israel responded to its sociological exile with theological reform. While Israel Faith had been centered in one people, in one place and one land, it spread throughout the diaspora, across the earth.

We live in a time of exile or diaspora. In the great, rapid and constant change around our culture, knowledge, technology, economy and general understanding we can feel like we have been exiled to a foreign land, perhaps even abandoned by God. The fastest-growing religious affiliation in our country is “unaffiliated.” We are tasting in a new way the depth of multi-religiosity and cultural diversity rooted in a century of migration. We struggle with the expanding secularization of our culture while the church no longer functions at or near the center of things. This new reality in which we live, not just since 2018, is a framework that can feel foreign, unsure, uncomfortable, a sort of exile from what has felt like home to many of us. Where is God in all of this? What of the way in which we’ve known God directly and communally through the Church? Has God abandoned us? Have we abandoned God? Is faith in God simply passé?

Those are some of the questions with which we’ll wrestle in the coming weeks as we look back to the Biblical stories of Exile and Diaspora (Isaiah, Amos, Esther, Daniel, and Jeremiah) in order to more clearly see the path we walk together today in faith.

We’ll begin with a poetic version of faith in the New Testament, specifically in the Pastoral Letter written to the Hebrews, chapter 11 to 12:3.