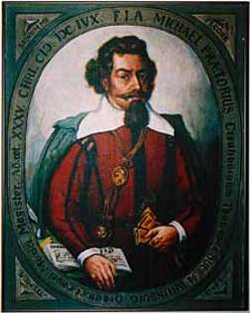 “Lo, How a Rose E’er Blooming” is one of, if not my favorite, Advent hymn. I love the music and the images which are so freshly poignant.  Its ancient composition is obvious to me in the lyrics which are far removed from our modern images for and of Christmas.

Its a German hymn first printed in 1582, anonymously under the title “Es ist ein Ros entsprungen.” Its origins are traced back to the late 16th century in a manuscript found in St. Alban’s Carthusian monastery in Trier. It originally had at least 19 stanzas, which grew to as many as 23. They focused on the events retold in Luke 1 and 2 and Matthew 2.

Explaining the definitive genesis and emergence of the hymn is problematic (as with most historical things that have been adapted and tweaked over the centuries).

The origin of the image of the rose has been open to much speculation. An ancient church legend has it that on Christmas Eve, a monk in Trier found a blooming rose while walking in the woods, and then placed the rose in a vase on an altar to the Virgin Mary.

Some Catholic sources claim that the focus of the hymn was originally upon Mary, the mother of Jesus, who is compared to the symbol of the “mystical rose” in Song of Solomon 2:1: “I am the rose of Sharon, and the lily of the valleys.” I find that to be a difficult comparison, but the point of such theological speculation is more mystical than from an historical-critical approach.

It’s also been suggested that at a later date Protestants took the hymn, altering its focus from Mary to Jesus. Citing Isaiah 11:1—“And there shall come forth a rod out of the stem of Jesse, and a Branch shall grow out of his roots.”—some controversy arose as to the original German word in the first line of stanza one: Was it “Ros” (rose) or “Reis” (branch)?

A third passage from Isaiah 35:1 suggests a stronger biblical basis for the image: “The wilderness and the solitary place shall be glad for them; and the desert shall rejoice, and blossom as the rose.”

The famous composer Michael Praetorius (1571 – 1621) [pictured above] created excellent and unique harmony for the hymn in 1609. He was the son of a Lutheran minister and was known for having a special fondness for adapting Roman Catholic music and Protestantizing it (don’t’ forget this isn’t too long after the Reformation).

Here’s how with some modifications, the Rose became Jesus and the subject of the song switched from mother to child. Instead of bringing forth a floweret, the rose now “came” a “flow’ret bright.” And rather than have the prophet mean “Mary, the pure,” now Isaiah “‘foretold it,” and “with Mary we behold it.” Song of Solomon no longer introduced this hymn. In its place Isaiah 11 was cited, which is definitely not about Mary. Some versions even swapped out “ros” for “reis,” but that didn’t stick. The Lutheran hymnals all printed the song with these changes, and by the time it was translated into English and turned into “Lo, How a Rose E’er Blooming,” the transformation of the song being about Mary into being about Jesus was a done deal.

While the lyrics are memorable, what strikes most people is the tune and the harmony. We still use the original one from Praetorius when we sing it (as we’ll do at the church I serve this coming Sunday). The reason for which it’s difficult to sing is that, instead of just having a guiding melody line, the piano plays many other notes, some of which occur in between the words. This always throws inexperienced singers off, as they have a tendency to follow after the piano. (That’s definitely my challenge in our choir!) The timing is also a little unusual to the average American churchgoer, who has unfortunately been raised on modified lullabies posing as hymns. The Germans love to employ syncopation: the rhythm will seem to speed up and then slow down, with various rests and holds, creating a dramatic effect. It’s beautiful, yet challenging, not exactly the sort of song you just sing and pull off without any practice. We often sign only 2 or 3 stanzas. Here are the three that are included in the most recent edition of the Presbyterian Hymnal (Glory to God) #129.

1.  Lo, how a rose e’er blooming
from tender stem hath sprung,
of Jesse’s lineage coming,
by faithful prophets sung.
It came, a floweret bright,
amid the cold of winter,
when half spent was the night.

2.  Isaiah ‘twas foretold it,
the rose I have in mind;
with Mary we behold it,
the virgin mother kind.
To show God’s love aright
she bore for us a Savior,
when half spent was the night.

3.  This flower, whose fragrance tender
with sweetness fills the air,
dispels with glorious splendor
the darkness everywhere.
Enfleshed, yet very God,
from sin and death he saves us
and lightens every load.

I’m also super partial to French – in which this is my favorite Christmas song:

The beauty for me in the lyrics is the way in which they point to the emergence of God’s advent in the world, the way in which life is germinating, growing, breaking into the seeming death of Winter.  God’s love undermines the loud powers of our world.  The Christmas story of a dependent baby who overthrows the might Kings, Emperors and Powers of the world.  It’s an invitation for us to see beyond what we see, to not just yearn but glimpse the ways in which God’s hope, peace, joy and love are breaking into our world today – even in the cloudy haze of religious extremism leading to violence and terror, unemployment, dehumanizing class division, denigrating racial inequality and a busyness that blinds us to our own humanism and humanity.

Can you?;… Do you even want to?;… Where do…you see the rose bloomin’ in these darkest days of winter just before the Longest Night of the Solstice?

Credits: I adapted information gleaned from several online posts to create my own: