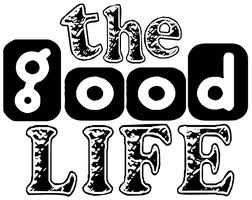 Death and Taxes are supposedly the two things we cannot escape. In today’s passage, Paul talks to the church in Corinth about both of them. Remember he’s writing to a community of followers of Jesus, located in a great metropolis of the Roman Empire that was a center of commerce (an essential port), culture (the games were played there) and a melting pot of the diverse cultures, tribal identities and religions of the empire.

Chapter 15 is the climatic conclusion of the letter of pastoral advice and care. It appears that some in the church rejected the resurrection. They didn’t renounce the idea, but rather they refused to recognize any sort of relationship between the resurrection of Jesus and the way in which we live and are resurrected in turn through him. You could say that they weren’t against the idea of resurrection, but more against the practice of it.

In the Greco-Roman paganism (the collection of dominant religious traditions of the Empire) there was little stress placed on the idea of a blessed afterlife. Religion was practiced for its present benefits such as health and safety. (Witherington III. Conflict and Community in Corinth. p 293). Religion, including the imperial cult of the emperor, could be understood, or “used” as the way in which one’s social status was identified and confirmed. This also impacted political rights and economic power. Religion was thus primarily material, an explanation, or justification, for the way that things were, or the vocabulary for wishing for a change.

In the Greco-Roman in which Paul lived, the spiritual or invisible was considered paramount, greater than the visible or material/physical. This duality is best understood in Gnosticism, what we might call a New Age belief in either great asceticism (rejecting and refraining the body) or a limitless licentiousness (saying that what we do with our body doesn’t matter – so carpe dieum!) To this Paul refers back to Christ – to God made hu-man, the invisible made visible, the God of all creation deeming us worthy enough to come to us as one of us through the incarnation. It’s not just a rejection of gnostic duality, but a subversion of it. In a sense it’s Paul proclaiming that every life matters, that your life matters, that life matters. This promise and potential impacts how we see ourselves and each other, how we live together, and how we define the “good life.”

The great victory of God in Christ, is the victory in Isaiah 25 – the overcoming and defeat of death: the death of our bodies and as the force that undermines and limits the life that the Spirit of God breathed into us at creation. Resurrection is neither escape nor avoidance, but rather takes this life and the next seriously.

Questions for Going Deeper:
• What grabs your attention in these texts?
• As you listen to this text and reflect on your life, how does it challenge your priorities, relationships, worldview?
• How are we/you invited to be a people of resurrection?

Presbyteri-What? Class 5 “Discipline: doing it decently and in order”
Bumper Sticker 8 of 2016