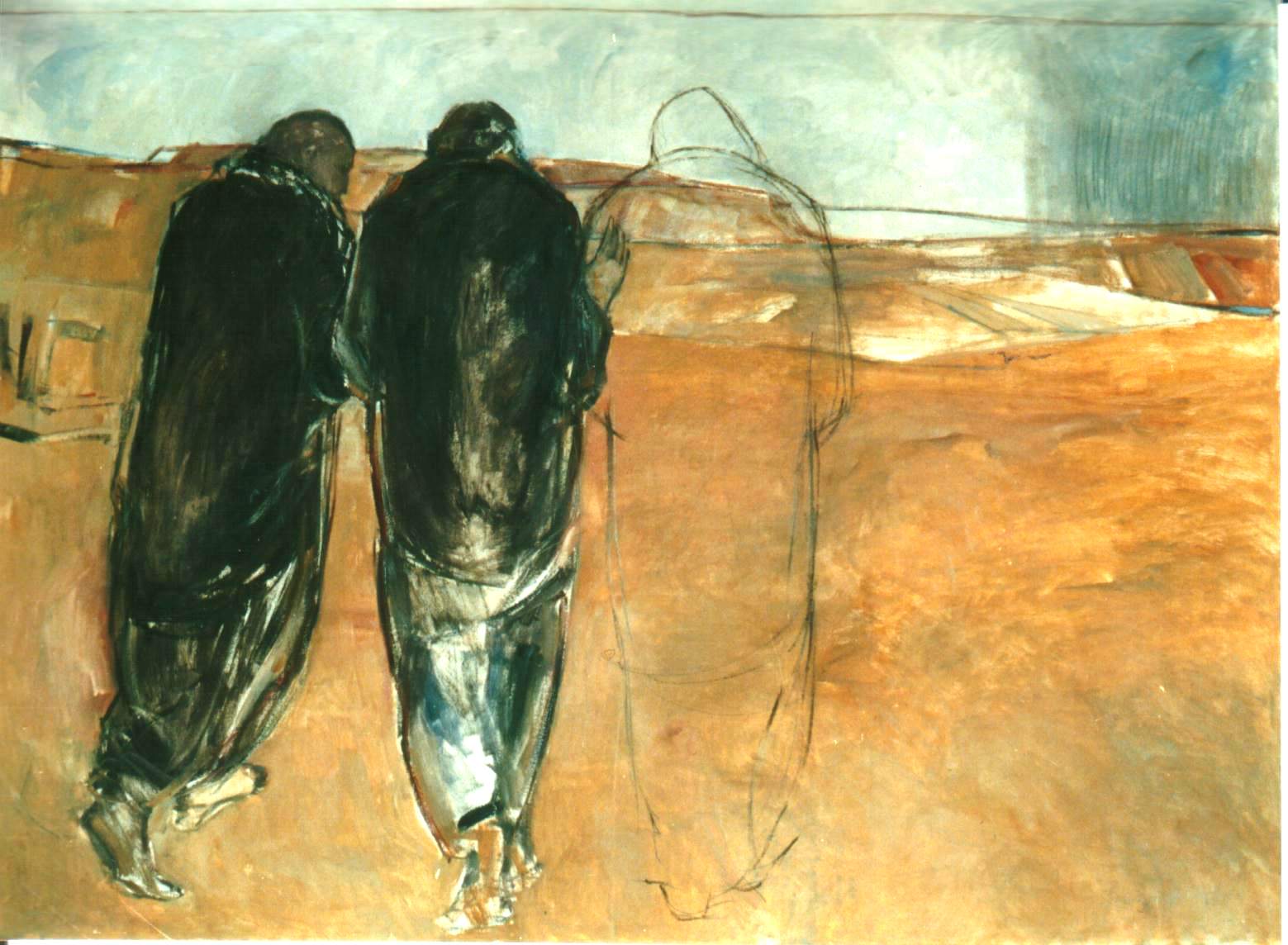 Luke tells the resurrection of Jesus in a series of sequential stories that turn around the question of what difference does this make in us and in the world. This morning we hear the second one, which follows that related by the women to the disciples who considered their tale to be an idle story or fake news. Later that same day this story of the pilgrims on the road takes place. Only Luke tells this story which has many levels.

Luke switches his vision from the women to these much lesser known disciples who are both anonymous and quite possible the uncle of Jesus (Cleopas is quite possibly the same Cleopas spoken of in John 19:25). But we’re not told much about them. Are they fleeing the capital city, afraid of being arrested and crucified themselves? Have they given up; lost faith in the movement?; in Jesus? Or are they merely returning home after the Passover holiday? They’re described as on the road, in movement. The Greek is that they’re “on the Way” – the same expression later used to describe the followers of Jesus as “the people of the Way” in Acts 9:2. This is the earliest name used for what we would later (and today) call Christians. It’s a metaphor for faith – the path of the Lord (or Way) and walking (as living by faith) used in Psalm 1 and throughout all the psalm poem prayers. Jesus doesn’t wait for perfection, faultless faith or no doubt, but rather accompanies us in the journey of life, travels with us, walks alongside us. We see this specifically in this story about the way in which Jesus is present with us as we walk in his Way, taking up our own cross (Luke 9:23); living as he did.

They see without seeing. They seem to be foolish, blind, stupid. Yet Jesus is described as both present and absent, visible and invisible. When do they glimpse and recognize him? When are they blinded to his presence? It recalls Luke 8:10 (which itself is a riff on Isaiah 6:9-10) “[Jesus] said, ““To you it has been given to know the secrets of the kingdom of God; but to others I speak in parables, so that ‘looking they may not perceive, and listening they may not understand.’” It’s as they break bread, they their eyes are opened. Luke uses the exact expression he uses later in the second half of his Jesus story in Acts 2:42 to describe the meal, which is more communion than just dinner: a teaching on how, when & where we glimpse the absent presence of the risen Jesus.