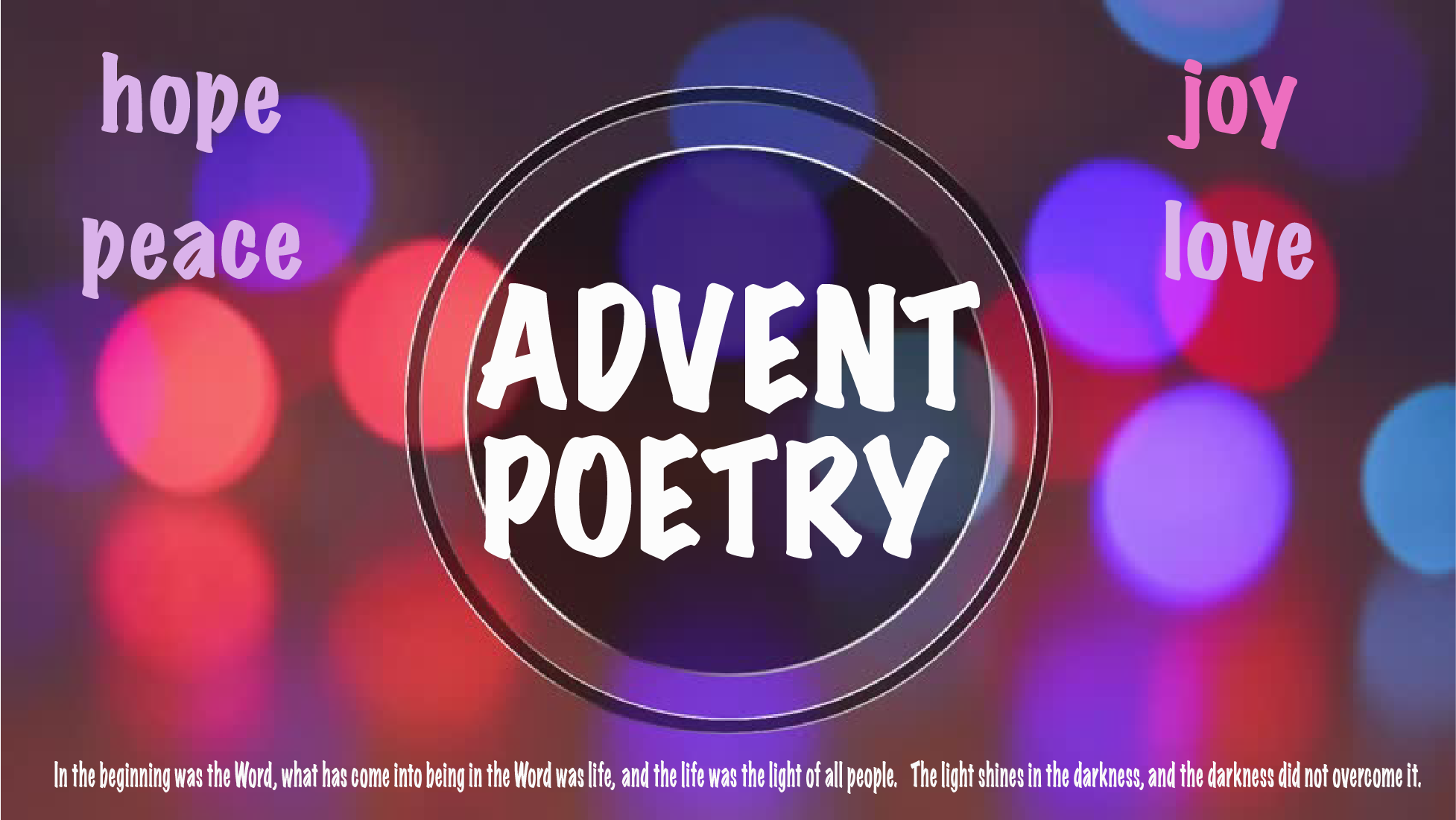 Advent means coming. It’s a time of spiritual preparation for Christmas: a high holy day. It’s about the coming of God into the world as Jesus Christ, the consummate coming still to arrive when the world will be turned right side up, justice will flow like a river, darkness will not overcome light, when all things will be made wholey new.

This poem captures that coming – in the past – and the tension of it in the present/future. How am I looking for or looking away from it? What in me limits my vision of that hopeful promise, like an unfinished coloring book picture crayoned in only in specifically chosen portions?

“The Star Market”
Marie Howe
in The Kingdom of Ordinary Time, 2008.

The people Jesus loved were shopping at The Star Market yesterday.
An old lead-colored man standing next to me at the checkout
breathed so heavily I had to step back a few steps.

Even after his bags were packed he still stood, breathing hard and
hawking into his hand. The feeble, the lame, I could hardly look at them:
suffering through the aisles, they smelled of decay, as if The Star Market

had declared a day off for the able-bodied, and I had wandered in
with the rest of them: sour milk, bad meat:
looking for cereal and spring water.

Jesus must have been a saint, I said to myself, looking for my lost car
in the parking lot later, stumbling among the people who would have
been lowered into rooms by ropes, who would have crept

out of caves or crawled from the corners of public baths on their hands
and knees begging for mercy.

If I touch only the them of his garment, one woman thought, I will be healed.
Could I bear the look on his face when he wheels around?