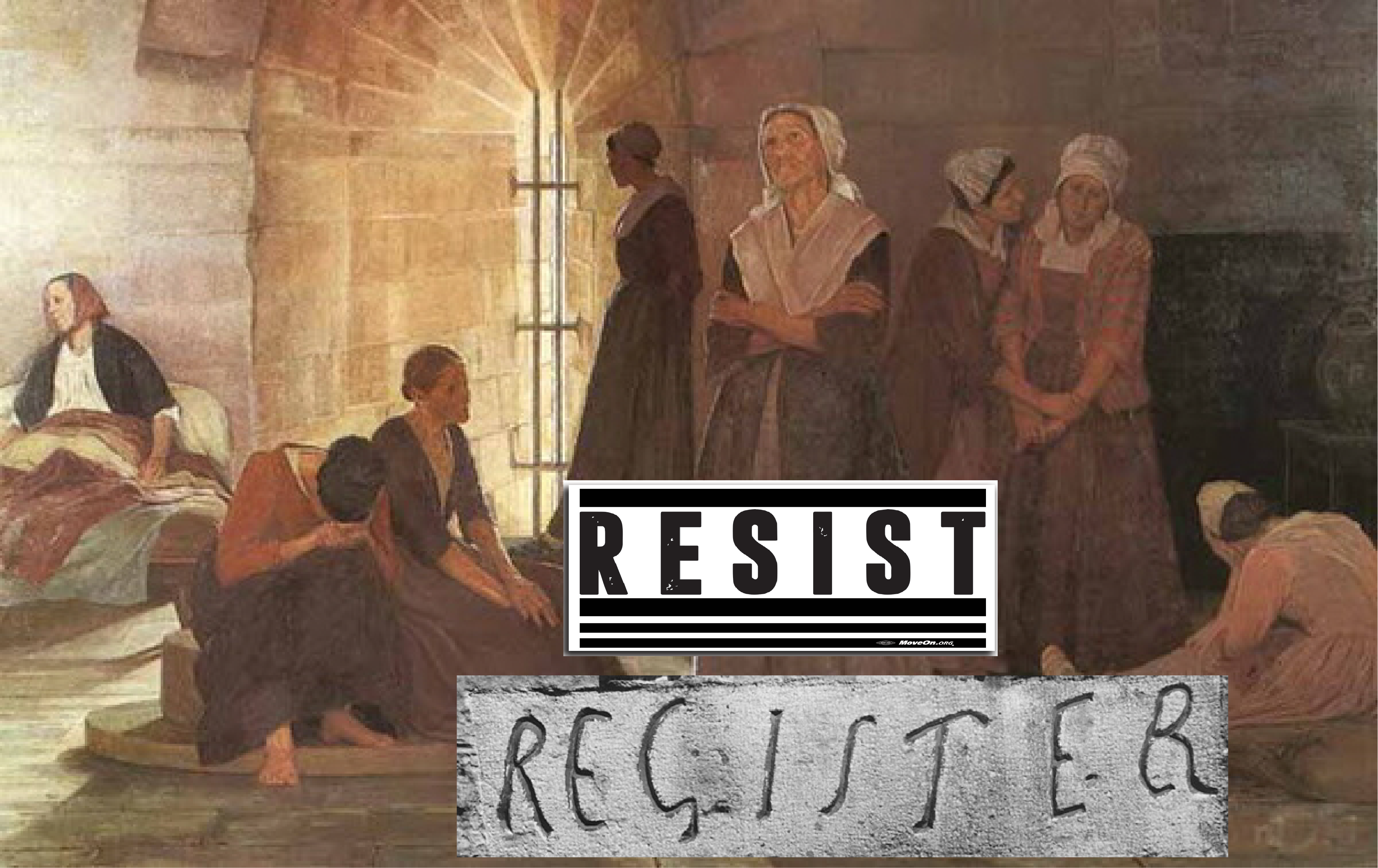 The word rest come from a late 14th century old french word resister meaning to  “hold out against” which itself come from the Latin resistere meaning “to make a stand against, oppose; to stand back; withstand,” from re- “against” (see re-) + sistere “take a stand, to make or stand firm.”

Today in our context the word is heavily political and partisan. It’s been invoked in response to populist backlashes or uprisings against what has seemed to be the established consensus. It also has been used in response to the election and worldview centered around President Donald Trump. It’s a bit ironic that this word comes in the list, which I made a few weeks ago, on the day of the vote on impeachment.

For some resist has become a rallying cry, for those who refuse to embrace ideas that seem to be moving into the mainstream dialogue. For others a verbalization of treasonous behavior: the rejection of what they believed was decided by election.

I think of the word resister which was famously carved by the imprisoned French Protestant Marie Durand(1711–1776) in her communal cell. She was held in the Tower de Constance (Aigues-Mortes) for 38 years, from her arrest August 25th 1730 for attending a Huguenot (illegal French Protestants assembly with her mother her well-known preacher brother, Pierre Durand. She was arrested at the age of 18, refusing to renounce her Protestant Faith in the France of Louis the 14th – where everyone by law had to be catholic. At the time Protestant men were arrested, and sentenced to serve as galley-rowers in military ships until their death. Women were locked up. Their children were taken away and given to Catholic families. Until they might renounce their faith and embrace Catholicism. Marie Durand has become of the symbol of those who stood firm, refusing to renounce what they held to be the foundation of their worldview and lives. She is said to have carved the word “resister” into the stone walls of her tower prison cell.

Her story  points to the use of the phrase “stand firm” (the closest thing to resist in the Bible) in Ephesians 6:10-14

In our time of resistance we know who and what we’re resisting. We know our tribes and silos, and won’t leave them. Yet do we resist because of what we hold dear or what we oppose?

What does resistance mean for you?

How do you identify with resistance today?

How are you called to resist, to stand firm, in your life today?