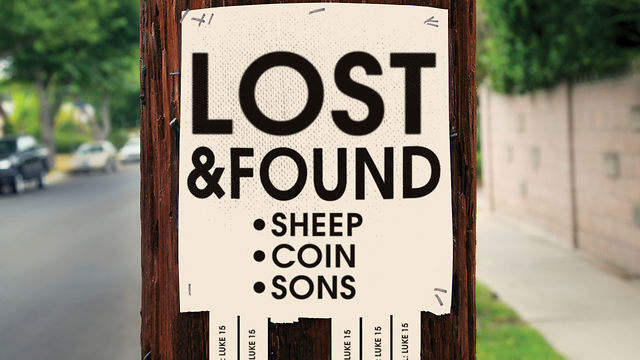 We see that in the great influence our parents, teachers, and even religious teachers have upon our walk and  talk.

Luke 15 is a collection of three parables, although we usually only read or remember the third: the parable of the lost sons. (I think that they both are, so I called it that). Jesus has recently gathered in the home of a Pharisee, for a dinner party.  His story-telling and teaching both attract and repulse.  For we see in verse 1 that everyone is there – the tax collectors (the worst of the worst) and the Pharisees (the most righteous of all the people).  Scandalized the former criticize Jesus for accepting the latter.

Jesus answers the question that they won’t ask aloud, with three parables.  Two about someone who searches vehemently and passionately for something that is lost (a man and a woman); and the third is about someone who discovers that he is lost, and another person who cannot admit that he is as well.  The final parable is the one we remember.  It’s about a father and his sons – an easy thing to relate to (especially if we ourselves are fathers or sons). But the radical part of the teaching is that there is no ending.  It’s up to us who hear it to decide what happens.  Does the elder son join the party, or storm off in disgust?  Like all parables, we are constrained to respond to the teaching with our own lives, actions, words and relationships.

In the language of the Church we have traditionally privileged masculine language when we talk about God.  Examples include : King, strong, guide, leader, Father.  But is it possible that in prioritizing that language we overlook other aspects of God (or underplay them) which are deemed more feminine?

CONTINUE THE CONVERSATION WITH MORE READING

There is a lot going on right now (I think that there actually always is) around this subject.  Looking at the NFL and the emerging/ongoing spousal abuse cases, we can see how language and silence (the absence of verbal language) greatly shape the way we think about issues and people.  Why else is there so much “spin” on what has been recorded visually in an undeniable way, and later retracted, crafted or redacted?  I found an interesting article in today’s SF Chronicle recognizing this ironic or hypocritical paradox.  Read it here: “Sex and Secrets.  The Discourse is Changing.”

If you’re up for more reading, of a theological bent, here are some worthwhile readings on talking about the Nature of God in general, and gender (feminist theology) in particular.

Shirley Guthrie on the “Doctrine of God:  What is God Like?”  from an introductory Theology Book.

Introductory article to “Feminist Theology” in the Handbook of Christian Theology. (a little more academic)