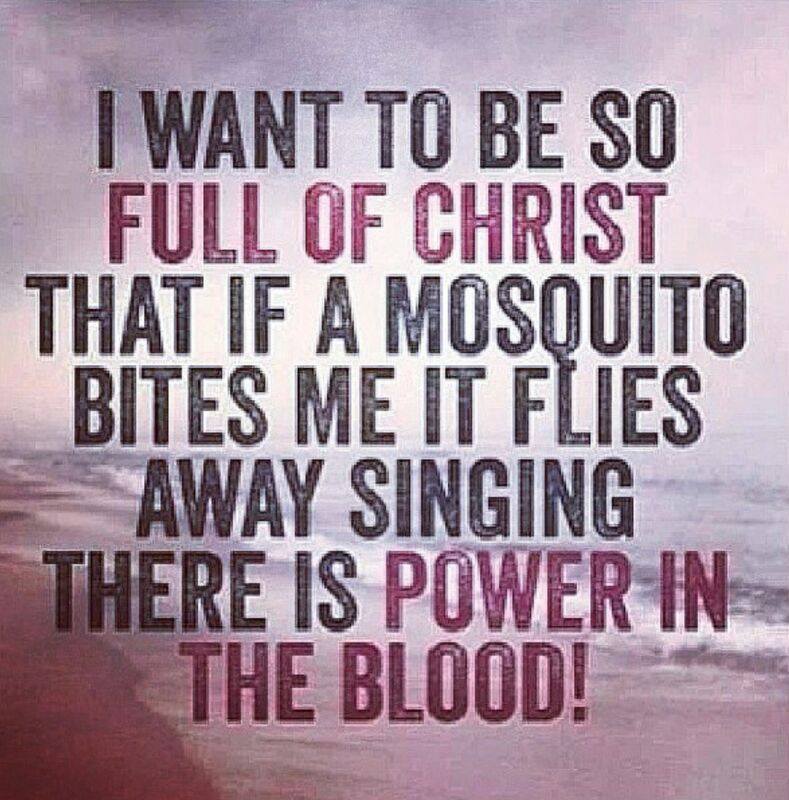 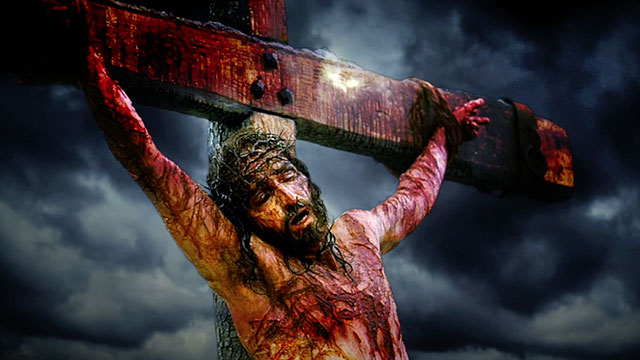 I’m preaching this week upon the meaning of the resurrection in the Christian way of seeing the universe.  I’ve had conversations with folks about what resurrection means, what is means to trust Jesus with life, to accept him as savior, to follow his teaching.  For some, I suspect I come across as wishy-washy or un-fully-committed.   I don’t often talk about the healing power of the blood of Christ spilled on the Cross.  Or maybe I talk about what that means for me, but in a different vocabulary.  I habitually avoid employing this American evangelical-ese for talking about the foundation of the Christian world-view and notion of identity.  I feel hindered, or burdened in speaking about the blood because I’ve experienced it as either self-defeating through the over-glorificaiton of violence, or stridently trite.

The two pictures above (which I found in my online e-exegesis this week) represent my thoughts, and serve as visible vehicles of what really bothers me.  The first is well intended, a quote, riffing on cultural sayings about mosquito bites and the hymnology turns-of-phrase centered around the power of the blood of Christ.  It’s well intentioned.  It’s crafted for a Christian audience. It communicates a contagiously hopeful trust.  It’s undoubtedly often shared on Facebook and Pinterest (where I first saw it).  Yet it also seems  trite.  It’s  as if what the resurrection means is a sort of blood-transfusion that miraculously makes us stronger, better.  In that line of thought communion, truly is  a canabalistic meal in which we devour the flesh of another being to find spiritual and physical strength. (This was an accusation of the Romans against the early Christians.)  For me it seems to trivialize the disturbing public death of Jesus.  It reduces an execution that radicalizes our notions of culpability, complicity and courage, into a soundbite which can easily be reproduces on a bumper sticker. It reduces the notion of salvation to a twisted positive ebola-ziation of new life in Christ, experienced by those who followed him during his life, and those who do after his death and resurrection.  It ignores all the notions of self-sacrifice, commitment, discipleship, collaboration and sanctifying participation in the life of Christ.

The second picture makes me shake my head in frustration, and in all honesty a bit of shame.  It’s overly bloody.  Now I’m not saying that crucifixion isn’t messy.  It’s horribly disturbing.  It’s a brutalistic way of public execution.  A sadistically slow and painful way of taking of a life, it’s the ultimate public event of shame and coercion.  It was a harsh and indelible reminder of who is in charge; am indeclinable  word of warning that resistance is futile; a declaration of the merciless leadership that demands total obedience.   We remember it because it’s unforgettable.  That’s why it was used as a form of execution.  That’s why the cross was a symbol, not of hope, but of horror and hopelessness.  In Christian thought, the belief is that God died on the cross, brutally executed in public for that public.  Somehow in the person of Christ, the brokenness of the world gains flesh, the immutable perfection of God is transfixed into DNA, the One who is beyond the power of death, succumbs to it.  It’s not a glorification of death, or suffering or blood.  It’s a subversion of it, a radical reversal of the notion of what power over is and means.

What these ways of speaking of blood overlook or delegitimize, is the ancient Hebraic (and other cultures too) belief that the basic material of life, what we today call the “spirit” or the “soul”, that which makes us alive, and which is gone from the physical body is the indication of death, was the blood.  It was more mysterious than beautiful.  The spilling of blood is like the raping of life.  It’s the taking of that which-should-not-be-taken.  It’s the essence of life.  For me this talk of blood is less a scandal to my way of thinking about the meaning of life, than it is an acceptance of our media-enhanced cultural complacency in the face of violence, and visual-image enhanced glorification of violence as entertainment.

So what then is the way to talk about the saving work of Christ in the world?  How his life, death and resurrection change the world for me, and you, and for all?  Instead of focusing on the gruesome taking of life as a sacrifice, or a payment of debt, or a military victory, it has to be some act that calls to existence, that invites to live life, that establishes a new way of living – or a new creation (as the Apostle Paul describes it).  How then to talk about it?; as a positive contagion of living life for others?; as a model to emulate?  as a break in the destructive doomed-to-death pattern of human existence?  I remain unsure.  Yet I am convinced that it’s the language of life, not death, that we must employ to incarnate this invitation to existential discovery, spiritual adventure and identity affirmation.  Rather than focusing on the blood that is spilled, maybe the way forward is to look to the purpose for which that blood was spilled, the meaning of that execution, which is overcome, subverted and reversed by the mysterious proclamation of resurrection.  How do we reimagine our language to be a vehicle of a God that is bigger than a card-dealing power player, a blood hungry father, or an insatiable litigator.