The grocery store chain Sprouts opened an impressive new store along the forgotten stretch of Broadway Auto Row between the fringes of Uptown hipsterville and the new Kaiser Hospital.  It’s been zoned as the “Broadway/Valdez District” (pictured above).  Formerly a chained off asphalted lot, looking across Broadway on tagged and boarded up store fronts, the new Sprouts is a development that points towards a different chance for that neighborhood.  In the official city briefing regarding the zoning, the stated “goal of the BVDSP is to build upon the District’s many assets and to facilitate its transformation into a vibrant neighborhood that combines destination retail, housing, transit and attractive, walkable streets in a manner that is uniquely Oakland.”

[Read the Oakland WIKI 2013 page on the proposed development HERE.] 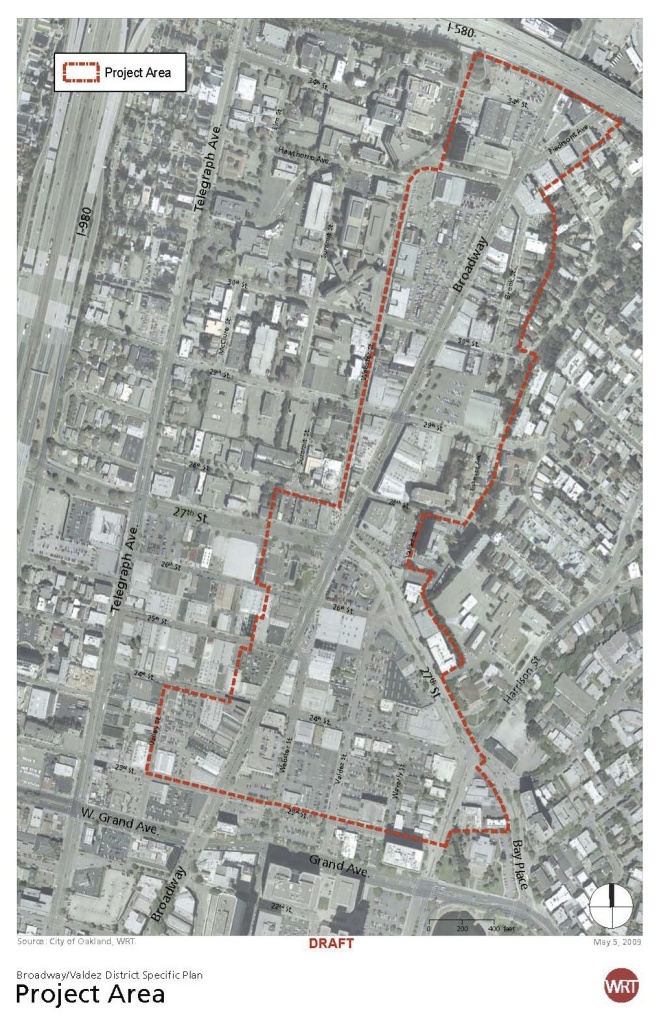 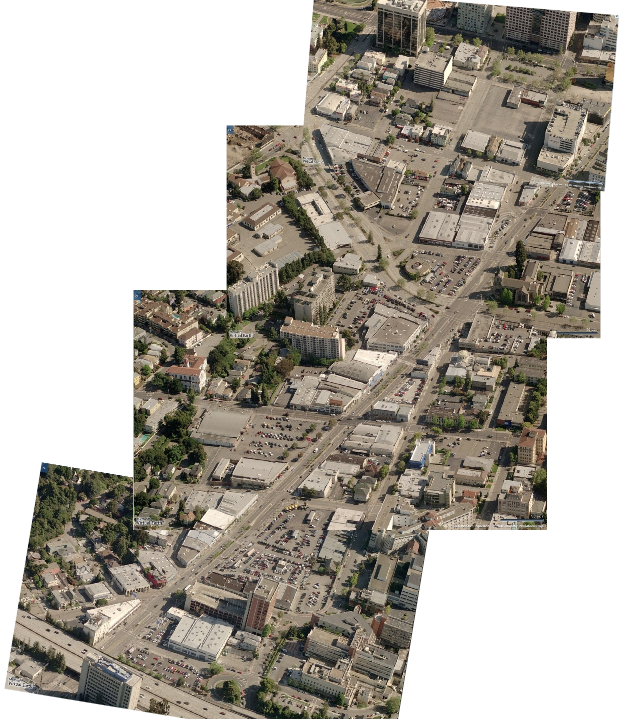 [Click on the photo to enlarge for better viewing]

Is it gentrification? or improvement?  That seems to be only discernible in the eye of the beholder.  There was already a grocery store in the area (Grocery Outlet) which specialized in cheap products, some with bargain prices and some because they’re seemingly near (or already) past their sell date.  It was never a place you’d linger, unless you had to wait in line at the taco truck that consistently set up shop on the margins of the parking lot.  But whereas that area was primarily a destination for bargains, the Shops at 30th and Broadway [official site with development objectives] have been designed to build from these identified urban development needs and to sow the seeds for continued district-wide investment. From the berth of scattered parking lots adjoining Broadway used primarily for parking cars for sale, their seems able good soil in which to plant such development. 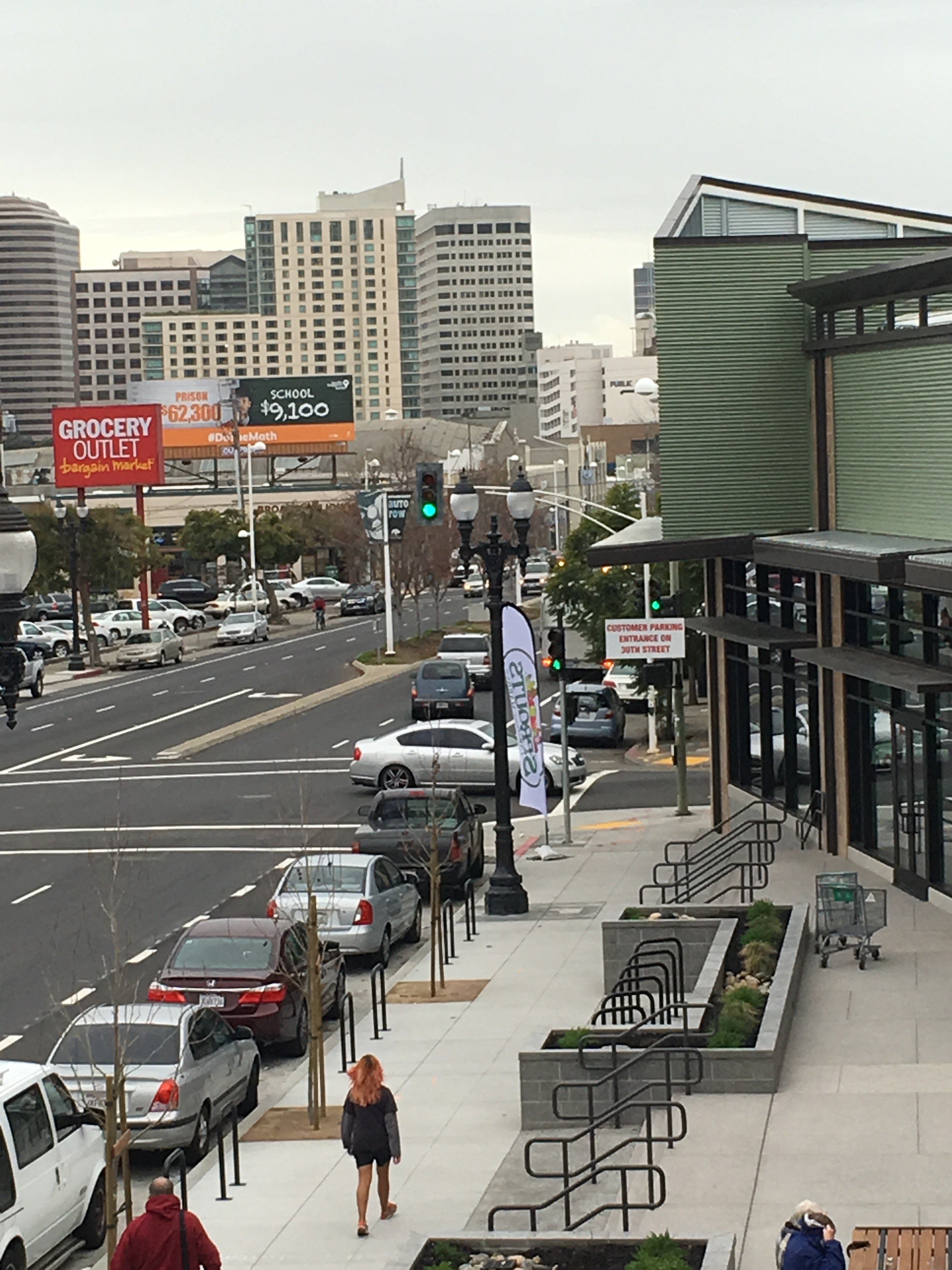 The new store at Broadway and 30th is beautiful, obviously trying to work with city codes for being friendly to public transportation, ample parking, beautifying the long stretch on nondescript street, transforming a perilous streets cape into a pedestrian friendly sidewalk tagged with bicycle parking and providing a destination where residents may linger to spend money and connect.   Generous tables and benches for eating prepared lunches in an outdoor café setting line both the streets cape and the rooftop garden.  A fabulous 360º view of Oakland can be yours – for free – on the rooftop parking lot, entered on 30th.

The clean, smartly designed store opens with a wide welcoming front-door into a well illuminated L shaped area loaded with pre made options at a delicatessen, generous butcher, wine and beer section structured seemingly by local-ese options, and then spreads wing like to a produce section punctuated with colors and hues stretching to incorporate dairy, dry goods and health products.  While I was present, on the first day as a looking el niño storm set up camp, the store was filled with primarily two types of visitors: older shoppers, some accompanied by their adult children and medical-related workers streaming in from the hospitals and offices on Pill Hill.  The district contains a scattering of senior and affordable housing.  Undoubtedly such an inviting store, with wide aisles and easy parking on the roof top, will appeal as a Whole Foods-ish environment with less choices to make and cheaper prices to not only senior shoppers.  The food court options will provide a new dinning alternative – easily traveled by foot – for the Pill Hill area.

Is it gentrification? It can feel like it – but then why don’t we have another sort of popular idiom for talking about needed development that can be a brazen contrast in terms of money, appearance and use when compared to what already exists?  I often drive that stretch of Broadway at night.  It’s deserted. dark. unvisited.  A drive-through section, that could become more than just a quick way to get to 580 from Uptown.  For the many seniors whom I know living in that district it’s a welcome shopping and dining option  – that they can easily walk to.  It’s also a main artery for bike traffic from Temescal and Rockridge areas towards down and up towns.  The transformation of the streetscape will surely improve traffic flow and bike safety (once folks stop gawking as they drive past the new building).