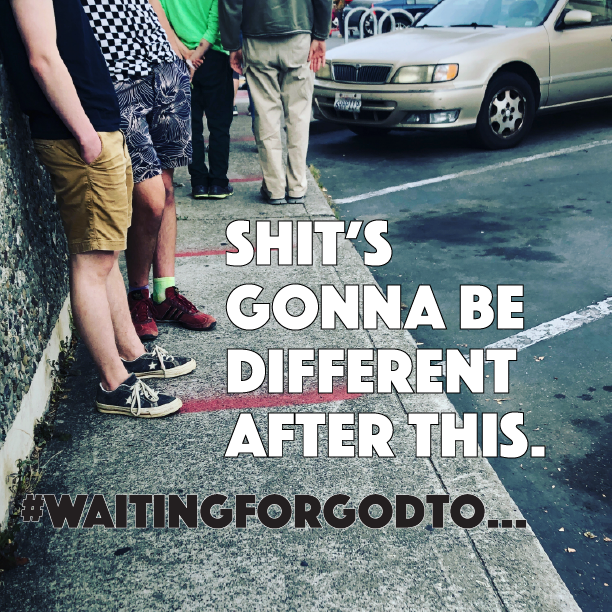 I was walking our dogs this week in the Oakland Hills when a man on the trail near me shouted at me, screaming through a towel, in great fear, that I was going to give him COVID-19. I was 10 feet away from him, and had said “Good Morning” while looking down at the ground, away from his direction. My initial response was indignation. How could he? I was being cautious. I was being kind. How rude. I choose to believe that his violent words sprung from his fear – both justified and exaggerated (in my opinion). He had also just screamed at a five year-old wearing a face mask who had come to close to him.

The Book of Acts (the Apostles) is believed to have been written by the same author as the gospel of Luke. It’s the story of the emerging church, which is continued and completed by our story as the Church Universal today. We jump way ahead in the story (last week we were in chapter 3). Here in Thessalonica – an important town for trade, commerce and exchange located strategically along a major Roman Highway and in an ideal port stop – we see how fear can shape our vision, reactions and relationships.

Thessalonica was a free city, not a Roman Colony. That meant that because of historical events the Roman Army hadn’t entered the town, conquered and subjugated it and now held it as a colonial outpost. But they did live under the threat of having that political, social and economic freedom revoked at any time should they displease the Emperor. So they were free, but on a very short leash.

Paul comes preaching freedom in Christ, lifting up Jesus as the Messiah – the true Lord and Savior of the World. The same title ascribed to the Emperor. Some who see the response to his teaching in the synagogue are both jealous and afraid. They stir up trouble in the town market among the down and out and unemployed, who are afraid of having even less when foreigners come into town. They incite a riot that creates great fear among the city leaders who are afraid of the Emperor’s wrath should it be made known that Thessalonica harbors radicals preaching a different Lord and Savior than the Emperor. Fear blinds, binds, and begets short-sightedness and self-service. Those in the story, like the man on the path, are so afraid of what they might lose that they don’t see what they might gain.

Download the study sheet we’ll use in our discussion class at @CAPCOakland HERE.