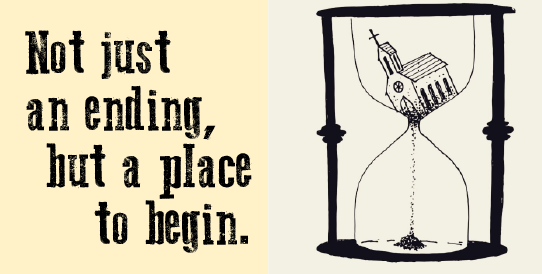 In our weekly reading of the Acts of the Apostles, which tells the story of the emergence of the Church, we arrive in Corinth. Still a city today, it was a major city of importance in the Roman Empire. In the time of today’s scriptures, the city was fast becoming the chief economic and cultural crossroads between the western and eastern portions of the Mediterranean. It was a place of great exchange in terms of money, culture, ideas, people, and religions. We see this in how the church begins with both Jews and Greeks (the term used for everyone who wasn’t Jewish), men and women, and later in 1 Corinthians we’ll see it also included rich and poor, slave and free.

The letter of pastoral advice we call First Corinthians is one in which Paul responds to questions, concerns and problems facing the church in Corinth. He probably wrote it several years after sojourning for 18 months in Corinth as he “planted” the church with Apollo and Priscilla. The portion of the letter we read today talks about questions of leadership, authenticity and authority. There seems to have been a battle among those vying for leadership about who was more spiritual, or had received the best baptism. It depended upon which of the church leaders had baptized, or not. Paul writes to remind that that the who by whom God doesn’t things in the world is not the important part. It’s rather that God is at work, at large in the world.

Paul moves from baptism to talking about wisdom and foolishness. His point is that the values of the Kingdom of God, by which the Church is invited to live and to incarnate through their communal life, is radically different than the values of the world. Who baptizes is less important than what baptism means and represents. The gospel is foolishness in the eyes of our world and human intelligence because usually God – if God exists – is seen as authoritative, invincible, all-powerful, never-dying. Yet the gospel says that we most clearly see who and how God is in the person of Jesus dying on the cross as a ransom for many. The last are first. The greatest are the least. The poor wisdom gives the most in her poverty. The blind see. The lame dance. It’s in this way that the wisdom of God is foolishness to humankind. It makes no sense, and yet….

Artwork by the fabulous Scott Erickson, check out his work and ministry at https://www.scottericksonart.com

The blog title is inspired by and taken from the last line of the Praise Song of the Pandemic, written and read by Christine Valters Paintner which you can find online at https://www.youtube.com/watch?v=zCYoikGaI6U