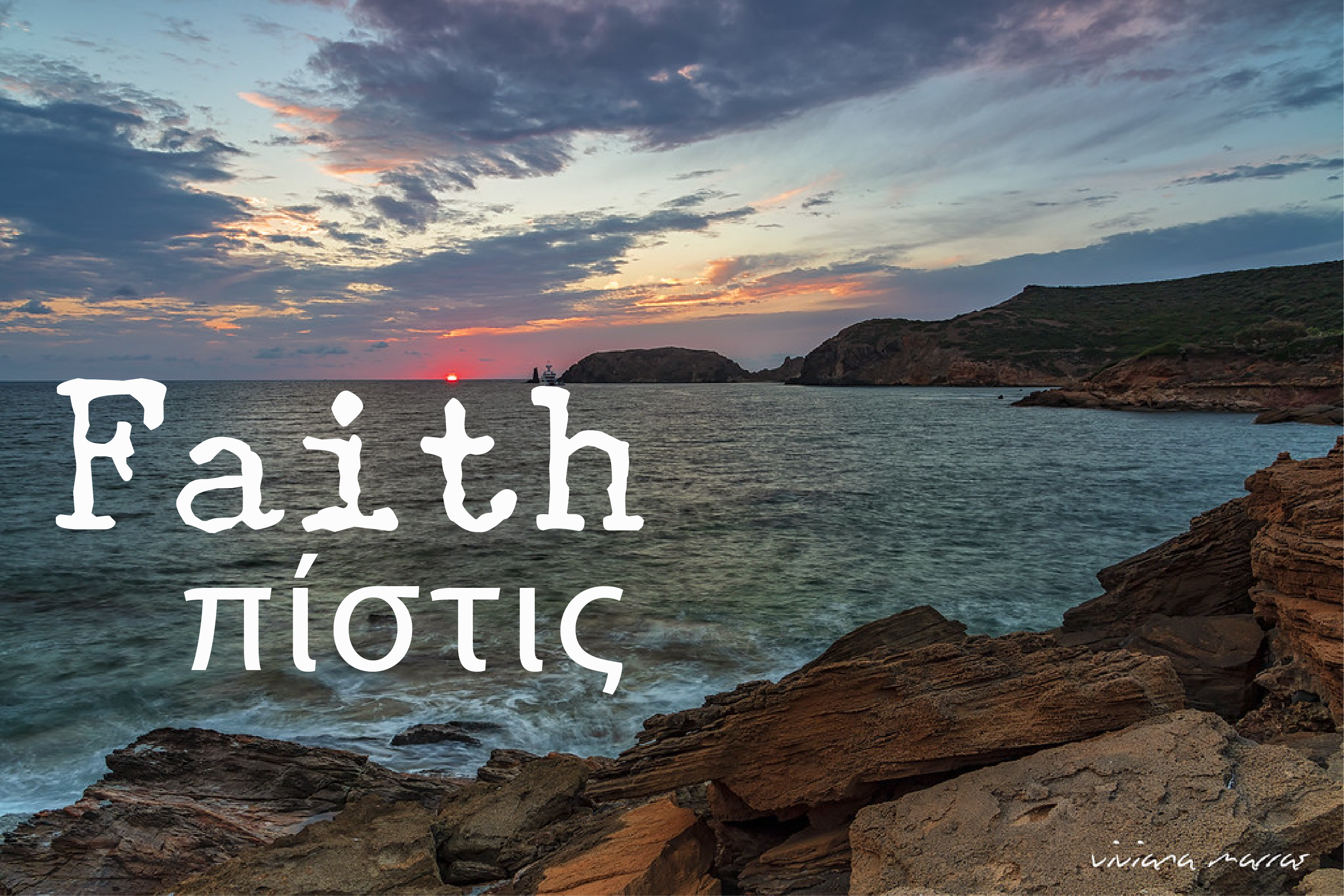 The original Greek word for Faith in the Second Testament is the word πίστις [pistis]. The way in which it’s used is much bigger than we usually use it. Pistis can mean: faith, belief, trust, confidence; fidelity, faithfulness. It comes from the root word [peithô] which means to persuade, be persuaded. It’s from this root that the core-meaning of faith as divine persuasion derives. Comically, Pistis is also the name of a beach in Sardinia.

In our American context, we tend to view faith as a binary choice. One is either a person of faith or a person of no faith (doubt). But the opposite of faith is not doubt (where one might question God’s ability or existence entirely), but instead self-sufficiency. Non-faith is trusting only in yourself.

In the story of the birth of Jesus we’re told that Mary is chosen to be the God-bearer, the mother of the Messiah, not because of her great faith, but because she knows she’s not the end all be all. The angelic messenger comes to her saying “Greetings, favored one! The Lord is with you.” Luke 1:28

In his book, On the Side of the Poor: The Theology of Liberation, the Dominican Theologian Gustavo Gutiérrez writes, “Faith is a gift. To receive this gift means putting oneself behind Jesus as he walks, putting his teachings into practice and proclaiming the reign of God. The act of faith stands at the beginning of all theology.

Faith is a following, not trusting only in yourself, but trusting in another. It’s not a foolishly placed trust. Nor is it an absence of self-trust, or sense of self. Rather it’s recognizing one’s limits, our interdependence, and ontological essence as creatures-in-community. It’s less a binary (either-or) thing than it is a dialectic in which there is both faith and no faith. It’s a spectrum along which we regularly move.

In our collapsing political world, we hear of people of faith who rally around the president who doesn’t claim to be a person of faith. There is a trust put in someone who claims to only trust himself. Christian faith though is not a lifting up of someone else as the paragon to be trusted, but a putting oneself behind another, to follow in their footsteps, to live as they live. It’s a profession of mutuality, a way of life rooted in community, it’s the acceptance that the beach wasn’t me for me, but for all of us.