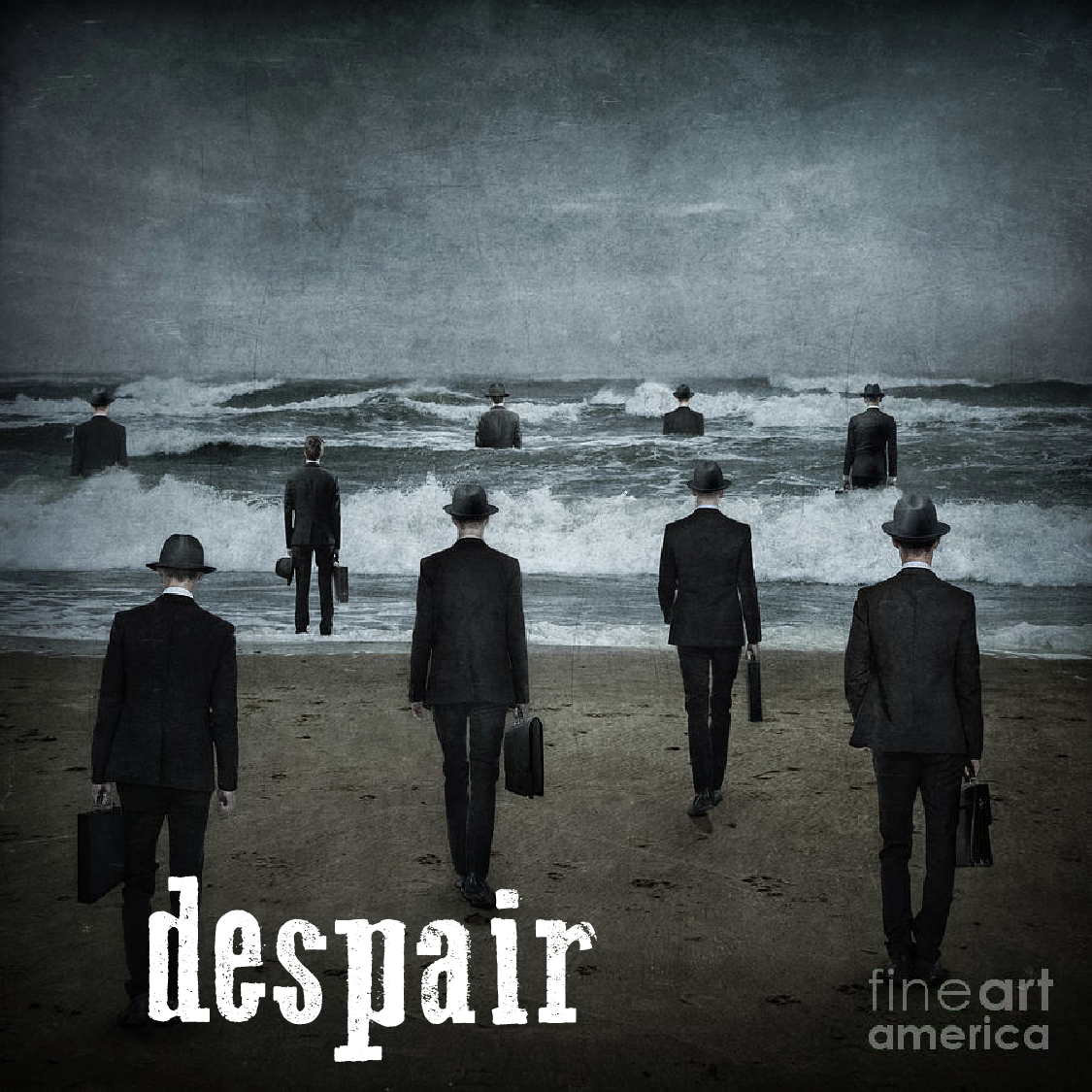 In Jeremiah 18:1-12 the prophet tells a parable story of the despair among the people of his day. Living in Judah, near the Israelite capital of Jerusalem in the 7th century BC, he sees the dawning of the Babylonian Empire and the eclipse of his way of life. Institutions are failing as a new world order emerges and conquers all. The ruling elite seems amoral, caring not about the poor and marginalized, focused only on self-gain and aggrandizement. Trust in Yahweh, the God whose name literally means from life into life seems to be principally lip-service, all but nonexistent. The people, culture, and society seem to be running head-first into the ways of death and destruction. God speaks to them saying that there is another way, a new way. God can make all things new, as a potter can remake pottery on a wheel. But the people refuse to believe, to trust, to choose a new way. They will remain in what is familiar, even as they admit that it’s a way of failure and death. Nothing can change, so why bother.

The word despair (used in 18:12) means an utter loss of hope. It comes from the Middle English despeiren, from Anglo-French desperer, from Latin desperare, from de-(the absence or reverse of) + sperare (to hope).

Advent can seem like a time of despair in our hemisphere as the darkness of winter grows. Each day that the light grows dimmer seems to bring an inescapable end. And yet, we now that this seeming failure of the light will end and be reversed at the solstice around the 21st of December when the rotation of the earth changes in regards to the position of the sun: source of the light.

There is a pattern, pulling towards light, warmth, the sun – the balance that maintains and sustains life. I have to trust in that hope even in the drippy, dreary, darkness I see out the window this morning.

We are in a time of great despair. Suicide rates are exploding. In part, due to the ease of acquiring firearms, but also from the great change our world, society and culture is undergoing. A change that we are struggling to fathom and face: immigration, multiculturalism, the pace of technological innovation, seemingly endless human power and potential and yet endlessly lacking resources, seemingly impossible things to change for those who feel left behind, shut out, or forgotten. And so many are we who turn elsewhere in despair, in our fear, denial, or refusal to change. Opioids. Populism. Xenophobia. Hating our neighbor. Hating ourselves. Blaming others to make ourselves feel better about the change we cannot make.

Writing to the early Christian Church in ancient Rome, Paul addresses himself to people facing great change in response to which they can either choose hope or despair.

We know that all things work together for good for those who love God, who are called according to his purpose.

Paul writes that God doesn’t just grant wishes and wealth to those who are good, or believers. He writes that God’s purpose is for good for creation, to bring new life, newness to stuckness, to rework the clay of our lives and society that we can muddy up, break and crack through our actions, choices and lust for power over others….which all have long-term system consequences. We struggle to see it. We might not hear it coming. And yet…like the sunlight that begins to grow again at the solstice, it is coming – it’s already here.

How do you struggle with despair these days?

Who, how, where do you glimpse that change can happen?; might already be sprouting?

How might Yahweh – the One who was, and is and is to come – be behind or in that germination?